So it was a bit bleak before christmas, and the New Year has proven to be no different so far. It's hard to motivate yourself in the mornings when it's dark and cold, and you can hear the wind howling outside. Even more so when you add some snow or freezing rain to the equation.

But that's the profession we're in, and them's the breaks. I guess you just have to try and find the little positives every day to realise why you're doing the beautiful thing that you're doing.

I took a few pictures from my bedroom window the other morning. It was bitterly cold, but the sun was just sneaking from behind the clouds, it was beautiful. Later on in the day it clouded over, got windy and snowed, but at the instant of looking out the window before breakfast I realised that no matter what, there was no place I'd rather be that morning than out on those streets, under those skies. 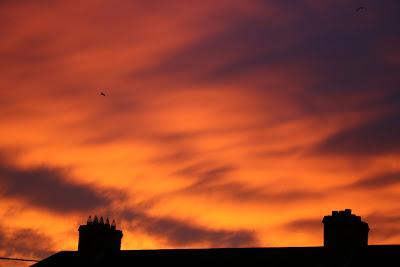 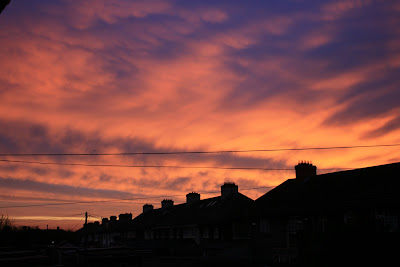