Twas in Berlin it all happened. I was there for a week in October to visit Gar. He was putting his third annual Monopoly Alleycat. Freisin the Hallowe'en Alleycat was going on so many birds with the one stone. I arrived in Berlin on the Saturday and rolled up to the start-point, a long bridge over some train-track junction. So, new city, wrong side of the road, cycling a bike thats not my own, i was hungover, it was dark and it had just started raining.. racing, hmmm.. but the usual, get out there rollin and you're fine once you've warmed up. Monopoly Alleycats are a great idea.. there's not one definite route, you're on your own but pass people all the time, you're in and out of bars and cafes, there's chance involved and it's another timed race in that you've got an hour and a half, say, to do what you can. Perfect format.

It is tricky to organize mind, lots of working out of checkpoints, you do need a lot of marshalls, paper, dice etc.. but it all came together. Twas indeed a cold enough night but ideal for a racing.. We got about 17 racers all in. Pleasantly surprised to see a good few non-messengers out.. I was kinda waiting for that to happen in Dublin, it opens up the thing more.

I did a checkpoint with Ben and we sat about with a can or two. Punters came and went. So did we after the hour and a half. Crowd is right up in GB Shaws. Shane in there was good and gave us space out the back for the prize-giving. They were keen on the Goldsprints but alas it wasn't to be.. Next time we can squeeze them in there though, good venue methinks.

Prize-giving was great. Took over the smoking area, standing on tables shouting and drinking.. my favourite. Results were

Had a Chrome bag from Berlin so that went to Lally. Cliffy in CycleLogical was good and gave me stuff for the girl and the fixi prizes. T-shirts, hoodees, lunches in Gruel, boxes of tea(most Irish name, Seamus O Leprachaun/ 12Tony) and a steak (Alan for doing most press-ups at a checkpoint, 50).. Altogether mighty.. We drank poitin from Tamak, then more Guinness..

Thanks indeed to all the checkpoints(Natasha at Friends Cafe), the Marshalls, idea came from Gar. Good luck in England Mimi, sure you know where we are. And thanks to the racers If you do a race, I'll come and race it... and I can't wait.

Final thing that must be mentioned. The Christmas Alleycat was always a particular race, that of 5Ciaran, who died around this time in 2004. He is the guy we all must remember at this time and this race goes to him 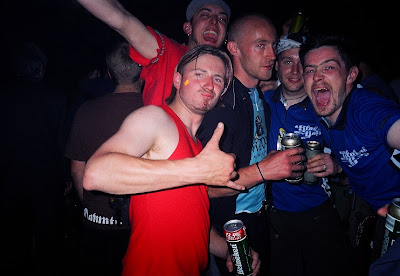 here's to ciaran... let's get 10 blue out for a session soon as well. long live cirain.

As you have seen from the useful tips on this page, it is actually easier than you think to get the correct health insurance service provider as well as the appropriate selling price for your insurance plan you will need. It really is never ever a smart idea to be without health insurance and you hold the information and facts to get the best insurance plan you may.Tips On How To Take full advantage of The Volume Of Exciting You Possess Whilst Camping out [url=http://www.ss12w12ws.info]Hou4445r[/url]

Have you ever possessed it with living salary-to-income? Managing your individual funds can be challenging, particularly once you have an extremely hectic schedule with out time to create a budget. Keeping yourself in addition to your money is the only method to enhance them and the following tips will make this a fast and easy exercise which gets you moving within the appropriate path for better personalized finances. [url=http://www.ss12w12ws.info]Pro232rgram[/url]