Long, but really interesting article that we can maybe learn from. They have a lot less messengers in Denver than we have in Dubin: 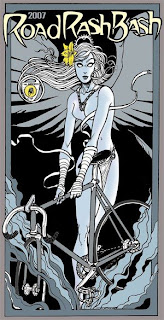